Here are the images of the printed pamphlet version of the Haitian Declaration of Independence. The document can be found at The National Archives of the United Kingdom. The original call number was CO 137/111 but the document has been removed from the Jamaica papers and relocated to a special rare documents room (only viewable for special reasons like watermarks etc).

Edward Corbett, the British Agent for Haiti, brought the document back to Jamaica in the third week of January 1804. He gave the document to Governor George Nugent who sent it with a packet of other documents to the Secretary of State for War and the Colonies in London. 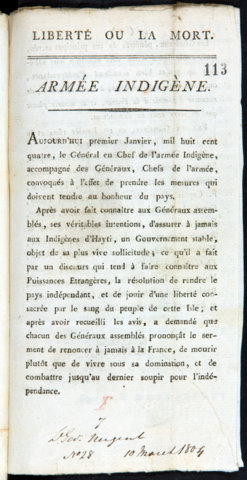 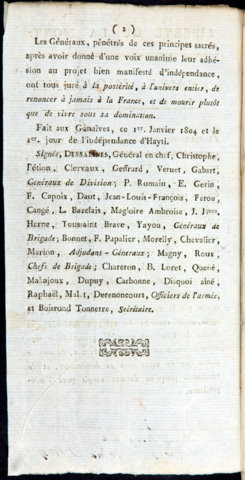 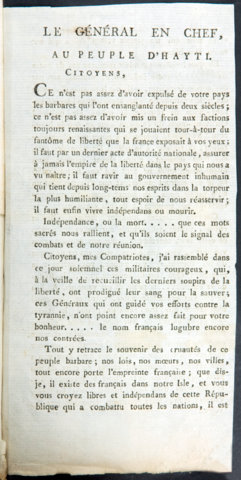 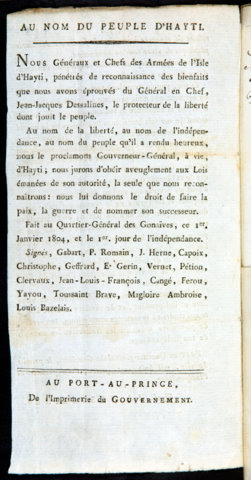